When your friend stops by and you guys accidentally look like a lesbian couple at their bohemian wedding.

I went to my friend Erin’s birthday party and one of her other friends brought a handmade lavender bath bomb from @Spire_Sweet, and Erin was like, “Emily you have to try this sometime,” so I grabbed it and was like, “oh I totally will, thanks!” and then Erin’s friend had to awkwardly be like, oh, actually that was my birthday gift to Erin. And what I should have done was be like, “how embarrassing of me to assume it was for me to try, of course I can’t keep this” but what I actually did was throw it in my purse and yell BYE-YEE!

Which brings me to my next point about Erin; she’s my people. We met at work in 1804 and she is (a little too) quick to tell you that when she first met  me she was like “ugh, another blonde girl” but then I made her laugh and we quote all the same movies and she lets me borrow her Kate Spade dresses and I do her hair and makeup for her fancy work galas and the rest is history. She sweetly invited me to a Bar Method class for “Bring A Bestie” day and I was like, YES! I told Kevin I was going to a bar class with Erin in the morning and he was like, “that’s weird.” I later realized he thought Erin and I were going to a bartending class at 10:30am on a Sunday.

So here’s my text exchange with Erin, posted here without her permission, because we are past the stage of polite protocol. No matter how much I try to make her laugh, she always makes me laugh more. She’s a quick one, she is:

So the bomb was great. (I tried not to write “da bomb” but obviously I have no self-control.)

This morning, I met Erin at The Bar Method for a “Mixed Level Class.” I had to fill out a form; one question was, “do you have any medical/health problems?” and I wrote, “I’m perfect. How dare you.” The other question was “what are your excercise goals?” and I wrote “to exercise.” Then I double circled Erin’s full name next to the “How did you hear about us” question.

Here’s what I learned:

“Zing” is bar-method speak for “searing pain” as in, “you might feel a tiny zing above your knee on this last set.” But here’s the thing: “above your knee” means your entire thigh which is burning with the fire of a thousand suns. There was one point when my leg was wobbling so vigorously that had I been standing in a bucket of cream, I would have made butter.

And then next to me there was Erin. Granted, she’s been doing Bar Method for a couple of years now, but when I say she was the best in class, I mean, she was like, THE BEST. I swear at one point I looked over and she was doing the splits, holding 4th of July sparklers in her toes, juggling coconuts, and balancing a ball on her nose.

The instructor was actually helpful and lovely. At the beginning of class she told us she had three jokes for us, but by the end of class realized she’d forgotten to tell them. Internally I was like, I’m pretty sure the joke is me right now, literally just trying to even. Then she told a “racy” joke that went like this: “Friends are like boobs. Some are big, some are small, some are real, and some are fake.” The preface of it being “racy” made me giddy in the midst of my physical agony. It was like if you were a prisoner at Guantanamo Bay and someone was like, “BRING IN THE ENFORCER!” and a baby bunny hopped in, but you had a social contract that you had to do whatever the baby bunny said because you came to Guantanamo Bay of your own volition with your friend who is a professional water-boarding champion.

After class Erin bought me a “Warrior Juice” at T Loft, which in hindsight I’m not sure is even a real thing. It was probably just normal juice but she was like, “Good job my little warrior! Drink your “warrior juice” and then we can rent Boss Baby at the Redbox.” 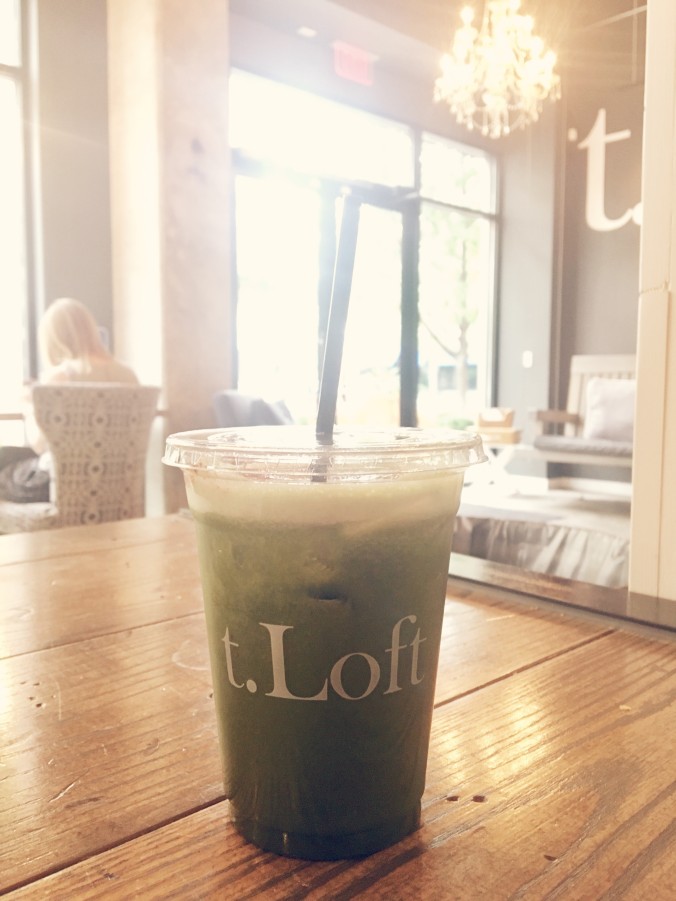 So even though the class was difficult for me, I fully believe that any experience, good or bad, is not wasted if you get a good story out of it.

Now to look up Bartending classes…