I just stumbled across this gem and it sparked a memory.

The year was 2007. I was browsing the frozen foods section at the Sunfresh market in Westport around ten o’clock on a week night. In those days that was the only time I had to shop, since I worked for a political consulting firm that took up roughly one thousand percent of my time and energy. I remember looking at my now-husband’s job and thinking, wow, the sweet life. Mind you, he was busting his ass building a law career so he could someday be a partner, which has come full circle because now he is. He has an amazing, humble, rock-solid work ethic and serves as a daily example to both me and our daughters of how to set goals that challenge you, be a good person, and work like hell to bring your dream to fruition because no one is going to hand it to you. Blah blah blah, back to me. At the time, I thought it was perfectly normal to work on holidays and weekends and compulsively gaze at your Blackberry as if it were the last working oxygen mask on a disturbingly turbulent flight. (Kids, a “Blackberry” is a turn-of-the-century torture device used on young professionals in the early 2000s. Fun fact, the stress of having a Blackberry has been linked to the gene mutation that causes bosses of millennials to be so mean to them. See: survival mode.)

I’ve probably told you this story before, but one of my first and perhaps most poignant memories of my time working in politics happened my first or second week. I was 21 years old and called into my boss’ office to discuss a new campaign we were doing called Yes On Soccer which would have cost Johnson Countians a small property tax increase (just a cup of coffee a day!) in exchange for a monster complex built in their backyards where they could maybe see David Beckham? Or Pele? I don’t know. I quit paying attention to the futbol fodder in 3rd grade when the Mendo Realty team lost the season to the Safeway team. At least my mom still has a sweet button with a picture of me posing in my shin guards with my home-cut bangs. Some things just don’t .

In a beautifully random epilogue to this soccer tangent, the Yes On Soccer campaign failed, a complex was later built at a different site, and my husband gets club level tickets through his law firm. Last time we were there I saw one of the team owners who did an admirable job of pretending to remember me from the months I sat silently taking notes in his conference room over a decade ago. Full circle.

I was sitting in my boss’ office as he finished a call, gazing at the flat screen TV over on the wall projecting the 24 hour news cycle. I was seated next to my new colleague, a seasoned political operative, who at the ripe old age of 26 had adopted the demeanor and lifestyle of a 65-year-old evangelical life-long bachelor. Up popped a story about a kitten born with two faces, which for authentication, I have researched and verified (googled.) I whispered something like, “Wow! Two faces!” And without missing a beat, the guy said out of the corner of his mouth, “You’re in politics now. Get used to it.”

And it’s still one of the greatest lines I’ve ever heard.

So I’m at the grocery store…

Over the supermarket speakers wafted the gentle acoustic chords and falsetto of Extreme, which, looking back, is an ill-fitting name for a band who is known for the one “Monster Jam” that could double as an unironic lullaby.

As I perused the Lean Cuisines…side question: why do we call it the frozen “foods” section when food is already plural? Talk amongst yourselves…I selected a delicious looking lasagna when all of a sudden the music seemed to swell into surround sound. As I became aware that I was mindlessly singing out loud – like a crazy person – the stranger next to me simultaneously realized that he too was singing, and we were in fact, harmonizing.

And that, my friends, is how I met your mother.

*I could write something here about how interactions with strangers can stick with you for the rest of your life and sometimes the shared human experience is more than words can convey, but clearly this post is just one long advertisement for ADHD medication. It wasn’t a romantic encounter by any stretch, but I do wonder if that man remembers that night and thinks of the random lasagna girl. 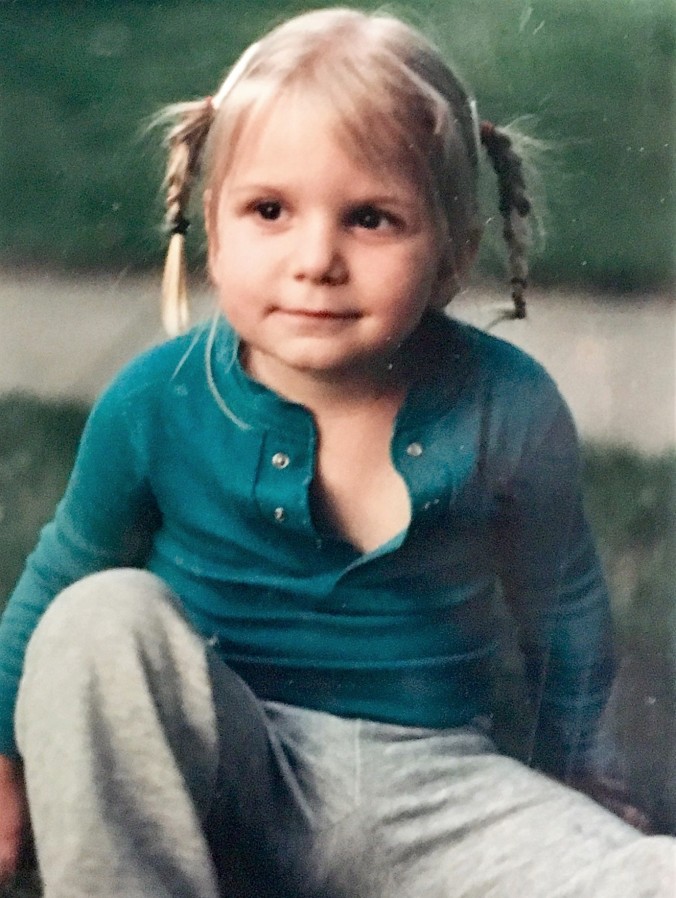